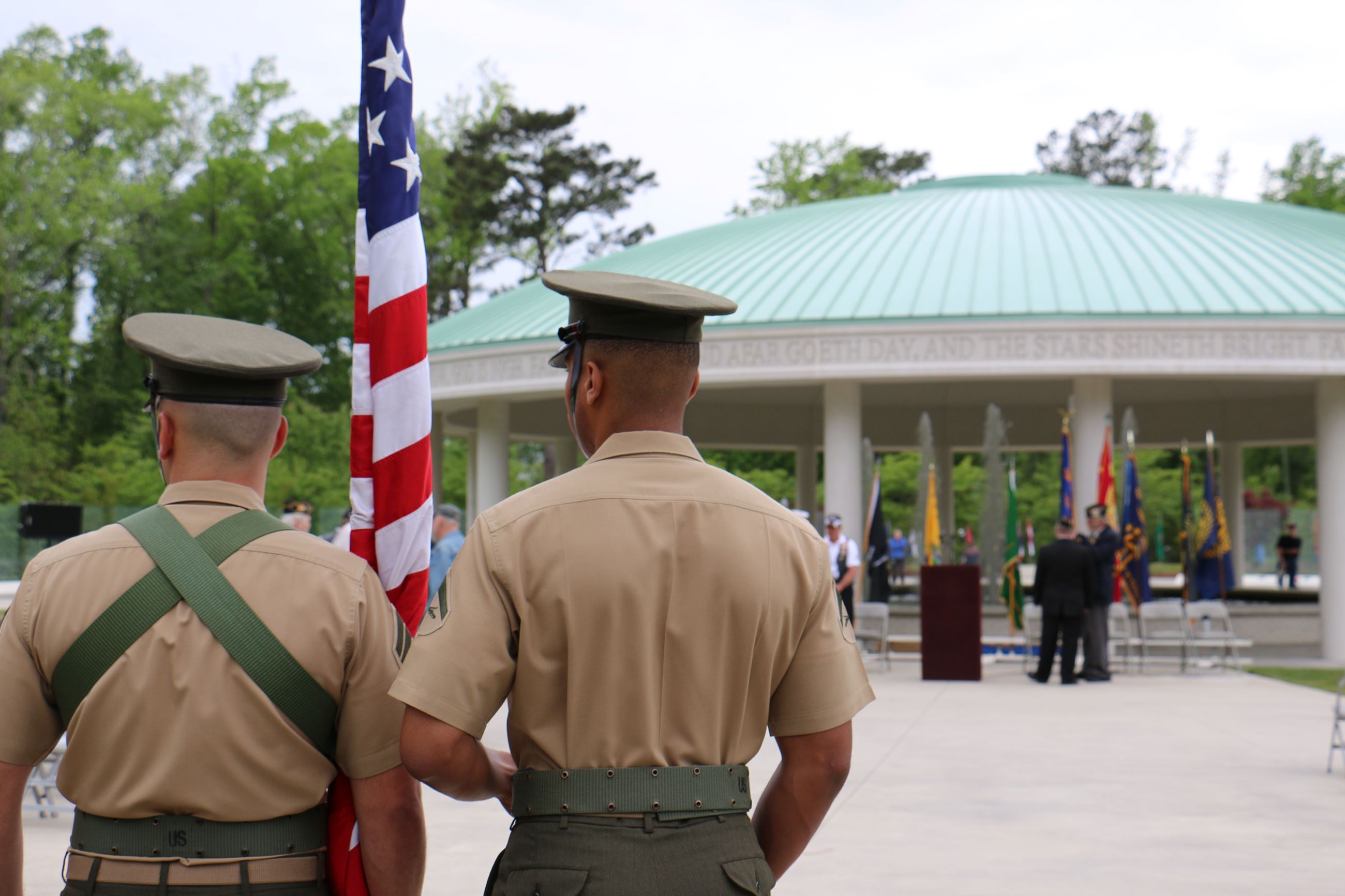 The Vietnam Veterans Memorial at Lejeune Memorial Gardens is dedicated to all men and women who served during the Vietnam War. It stands as recognition for the nearly ten million Veterans of the five branches of the Armed Forces who served active duty during the Vietnam era, nearly three million of whom served in the Vietnam theater. With this memorial, the 303,704 service members who were wounded in Vietnam, the many POW/MIAs who are still unaccounted for, and the 58,229 men and women who gave the ultimate sacrifice for our country are remembered. 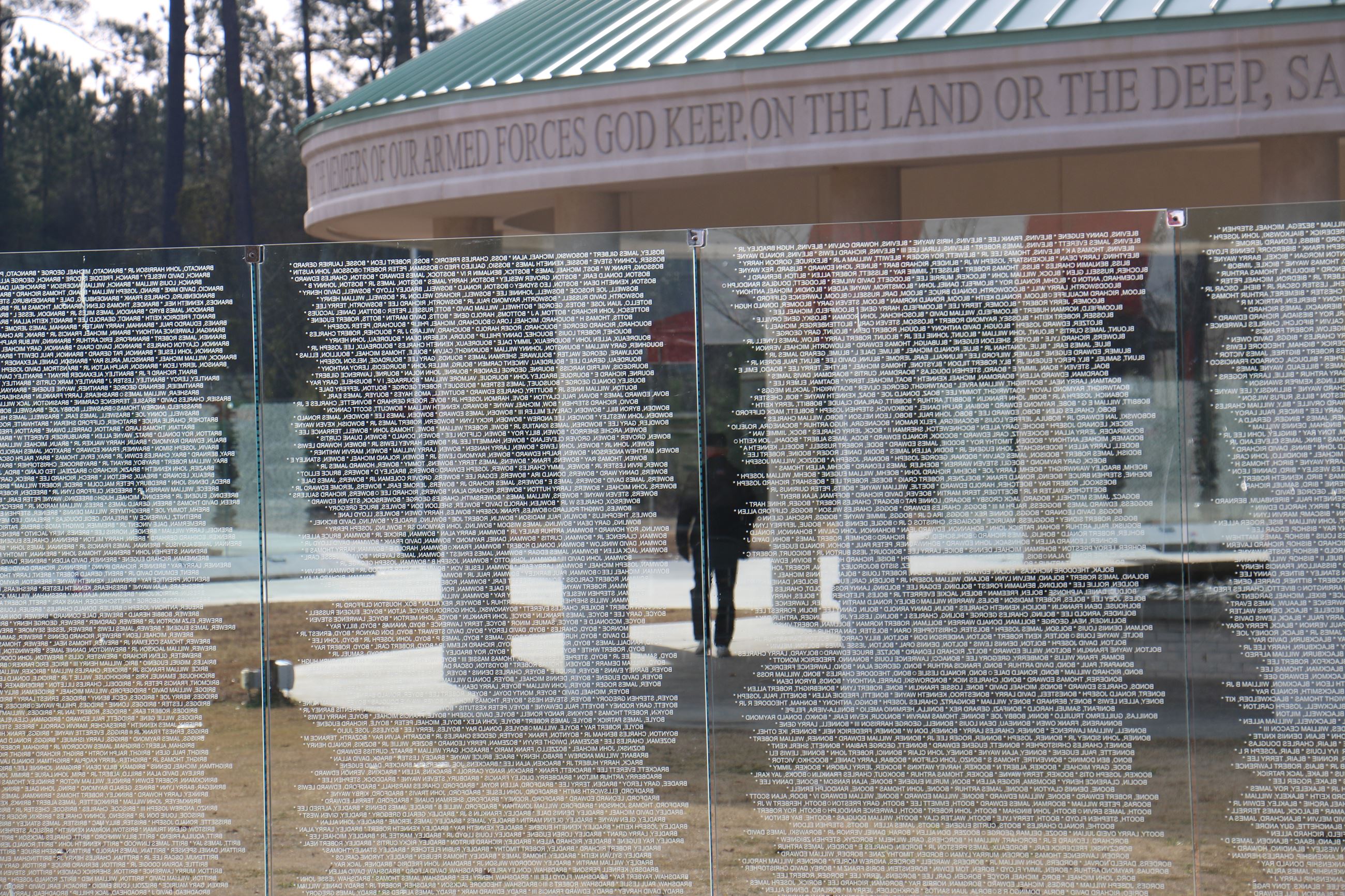 Elements of the Memorial

The Memorial includes an entry wall with medallions and flags representing all branches of the military, a walkway and bridge with French design, and a glass wall etched with names of those MIA, POW or dead. The Dome, completed in March of 2014 is the finishing piece of the memorial and ‘caps’ the fountain. The unofficial words from Taps is inscribed around the Dome. The Fountain has 5 jets representing each branch of the Armed Forces. Each jet is lit with a different color which can be viewed best at night.

The names on the glass wall are listed in alphabetical order for family and loved ones to find easily as they visit the site. A circle at the end of some names identifies our POW/MIAs, the * symbol signifies that they have come home.